I’ve been a Mary Engelbreit fan since the 1980s when I first found her greeting cards in a local shop.  The artwork was incredibly appealing to me and the sentiments were both amusing and charming. 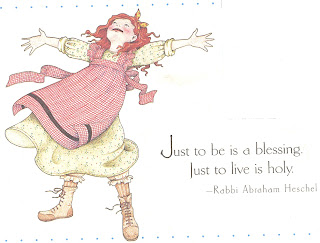 Some cards included quotes by famous folk that were thought-provoking and/or inspirational to say the least.  I gave ME cards and kept some for me.  Soon, there were calendars and mugs and all sorts of merchandise… so when I found out that ME had also designed fabric lines… I just knew I had to make a ME quilt for my Emma. 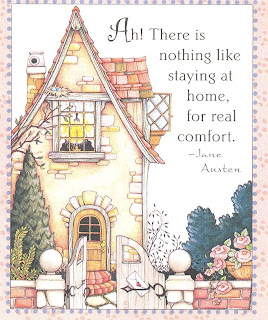 While granddaughter Emma loves stuffed animals and playing with dolls and dressing up, she also enjoys Star Wars, building blocks, dinosaurs and climbing and digging in the sand. 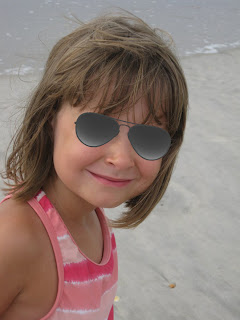 When she was younger, she loved playing “No, no, no, no, no!” with me.  It started when I stacked blocks in towers for her when we were playing on the floor and laughingly told her “nonononono” when she knocked them over.  Emma thought knocking over the block towers was the greatest thing since sliced bread and soon the game expanded to other activities such chasing Grandma around the house while Grandma “ran away” saying “nononono.”   I wish I had a recording of Emma’s laughter… how could anyone be down listening to that precious gurgling chuckle?
I found a tutorial for making a crazy nine-patch block on Allsorts…  I believe it is referred to as a wonky nine-patch as well.  I knew it would be perfect for Emma’s quilt. 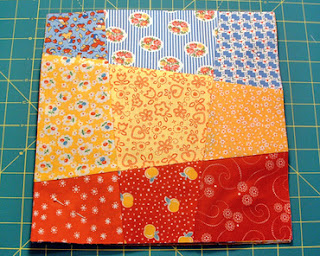 Using a ME layer cake from her “Basket of Flowers” line, I proceeded to learn that following detailed instructions isn’t as easy as one would think.  I only messed up one step a bit and to be honest, it’s not all that noticeable in the finished quilt.  I see it but no one else has noticed….. yet.  Oh, well…  I always knew I wasn’t perfect…  now there’s a permanent record of it! 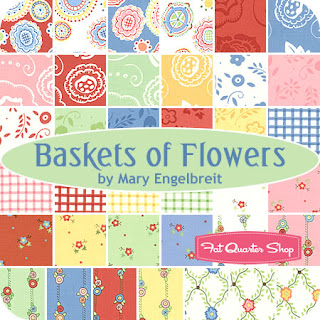 One thing special about the quilt is that the little girl on the panel on the quilt back reminds me of my darling Emma. Because the colors of Emma’s quilt were so much lighter than the boys’ quilts, the quilt became translucent in the late November sun. 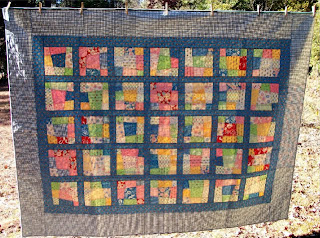 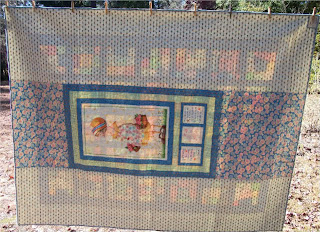 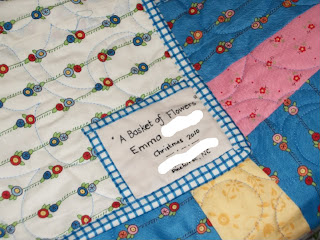 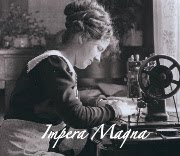 Hi! ...and welcome to The Adventures of the Empress of the Universe! Be aware that all content from this blog is copyrighted.

Please feel free to use any of ideas you find here for your personal use. You may also use any photo (except those with people in them) to share on your blog, as long as you link back to The Adventures of the Empress of the Universe blog.

I have learned so much from the blogs of others and enjoy sharing what I've learned and what I'm up to at the moment.

My life cannot implement in action the demands of all the people to whom my heart responds. 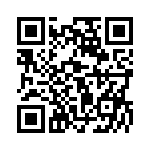